Now you need not be guilty of indulging in dark chocolates, as compounds found in cocoa may be good for your heart, a study has found.

The findings showed that consumption of flavanol-rich cocoa products was associated with improvements in specific circulating biomarkers of cardiometabolic health. 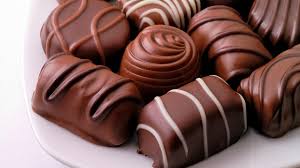 There were small-to-modest but statistically significant improvements among those who ate flavanol-rich cocoa product versus those who did not.

The greatest effects were seen among trial volunteers who ate between 200 and 600 mg of flavanols a day (based on their cocoa consumption).

They had significant declines in blood glucose and insulin, as well as another indicator of insulin resistance called HOMA-IR.

Further, they also saw an increase in HDL, or “good,” cholesterol.

Participants who consumed higher doses saw some of the insulin resistance benefits and a drop in triglycerides, but not a significant increase in HDL.

For the study, the team conducted a systematic review and meta-analysis of 19 randomised controlled trials (RCTs) of cocoa consumption and included 1,139 volunteers in these trials.

No Comments on "Eating Dark Chocolates May Improve Your Heart Health, Says Study"