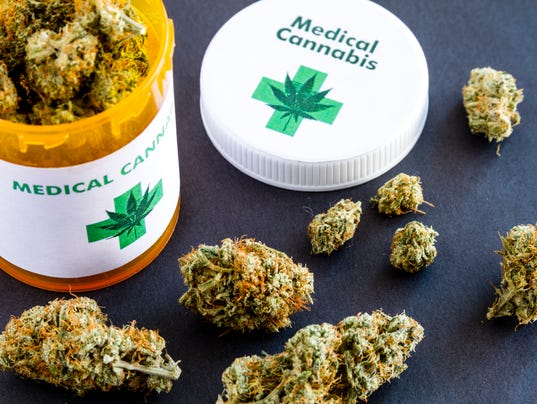 There are several states that have legalized the use of medical marijuana. Although it is still a controversial issue among many, studies have been conducted that uncovered the benefits of marijuana for certain conditions. The studies have shown people suffering from a number of illnesses have benefited from using marijuana.

One of the arguments in favor of the use of marijuana, especially for medicinal purposes, is that it is a naturally growing plant. Among the benefits that have been shown is the relief of chronic pain, reducing the need for opioids such as oxycodone, morphine, and methadone, all of which have serious side effects. One of the worst side-effects is addiction. However, research has shown that users of opioid painkillers experience chronic constipation, and this increases the chances of developing colon cancer.

Both prescription drugs and medical marijuana have potential side-effects. There are warnings for both that include not operating machinery or motor vehicles until the user sees how the medicine affects them among others. Benefits, long-term effects, and personal choice are a few of the considerations when choosing one type of medicine over another.

Marijuana contains cannabidiol (CBD) and tetrahydrocannabinol (THC), two chemicals that studies have shown have medicinal applications. To date marijuana has shown to be beneficial for a variety of problems. It has been used to increase appetite in cancer patients as well as stopping or slowing the growth of cancerous tumors.

It has also shown to reduce the cell damage from chemotherapy. Marijuana use has shown promise for people with Parkinson’s by reducing tremors. Medical marijuana has been used to reduce the pressure in the eyes experienced by glaucoma sufferers. People with epilepsy have experienced a reduction in the number of seizures they were having as well as the severity. One example of a tampa health center offering medical marijuana for their patients is Tetra Health Care.