Menstruation is the periodic bleeding from the vagina that occurs every 28 days. The menses or period consists of blood from the endometrial lining of the uterus. Periods occur regularly after puberty due to the cyclical activity of the ovaries. Menstruation begins during puberty, between the ages of 9 and 14 and ends at menopause, usually between the ages of 45 and 50. 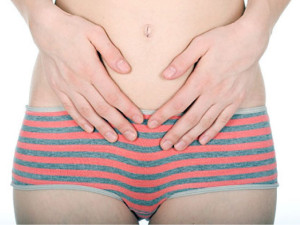 What does menstrual discharge contain? A woman’s period consists of dark-coloured blood mixed with the mucous secretion of the cervical canal and the secretion of the vagina. Menstrual blood does not normally clot as it is low in fibrinogen, does not contain prothrombin, and is rich in calcium. The blood lost during menstruation can be 5 to 80 ml. The average loss is 35 ml.

How long is the normal menstrual cycle? On an average, one menstrual cycle occurs every 28 days. However, a normal cycle can range from 18 to 40 days.

Female reproduction: The organs that are involved in female reproduction are the ovaries, fallopian tubes, uterus andvagina. At birth, the ovaries of a girl baby already contain about two million eggs, in a premature form. By puberty the girl has about 300,000 to 400,000 eggs. But very few mature through the woman’s fertile years – only about 400! Each of these eggs has 23 chromosomes. This is the woman’s contribution to the genetic material that is needed for a baby. The male sperm contains the other 23 chromosomes required.

Men are fertile at any time during their reproductive years, but women are fertile only for a short time during each cycle. This is around the time of ovulation. For fertilisation to happen, a sperm must unite with an egg within 12 to 24 hours after ovulation. At this time, the lining of the uterus has become thick and is prepared for implantation of a fertilised egg.

How do hormones make the menstrual cycle happen? The menstrual cycle is driven by hormones from start to finish. It is the follicle stimulating hormone (FSH) that causes egg-bearing follicles in the ovaries to become bigger. Every month, one follicle becomes larger and larger until it ruptures, thus releasing a mature egg into the fallopian tubes. The luteinising hormone (LH) triggers the release of the egg (ovulation).

The uterus, meanwhile, makes its own preparations for pregnancy. The lining of the uterus becomes thicker during each cycle. This thickening occurs because of increased levels of the two major female hormones – oestrogen and progesterone. After ovulation, the lining of the uterus stays thick because the follicle (called the corpus luteum after the egg has been released) secretes oestrogen and progesterone.

If the egg is not fertilised, the corpus luteum destroys itself in about 10 to 12 days. This causes a halt in the secretion of oestrogen and progesterone. Since there is no longer an increased level of these two hormones, the lining of the uterus is shed as the next menstrual period. By the end of the bleeding, the lining of the uterus is cleansed and ready for the next menstrual cycle.

However, if pregnancy does happen, the embryo (the fertilised egg) releases human chorionic gonadotropin (HCG). HCG maintains the corpus luteum instead of it degenerating. The corpus luteum goes on secreting oestrogen and progesterone. The lining of the uterus is thus maintained and the period does not occur. The lining of the uterus provides the right environment for the embryo to implant and develop into a baby.

One of the most common disorders associated with menstruation among younger women is dysmenorrhea or painful periods. Another frequently encountered disorder is pre-menstrual syndrome (PMS). PMS is a set of symptoms that may be experienced as the period approaches and usually ends when the bleeding starts. Other menstrual disorders includeamenorrhea (absence of bleeding), menorrhagia (heavy bleeding), metrorrhagia (irregular bleeding between periods),polymenorrhea (menstruation at a 2 to 3-week intervals) and post-menopausal bleeding (six months after menopause). There are also certain menstrual irregularities seen during puberty.

What causes dysmenorrhea? Painful menstrual cramps are the cause of much suffering in women who experience them regularly. Far from being a psychological disorder, dysmenorrhea is a very real medical problem and the pain can be extremely severe. It can be caused by higher levels of prostaglandins – chemicals that regulate the tone of the smooth muscles (the non-voluntary muscles of the body such as the blood vessels and uterus). Excess prostaglandins make the smooth muscles contract.

As the next period approaches, the levels of prostaglandins in a woman’s body increase. The levels are highest when the period begins. This causes painful contractions in the uterus. The uterus contracts so violently that it cuts off blood supply. Pain then follows as the muscle is not getting enough oxygen. Also, some of the excess prostaglandins escape from the uterus into the bloodstream, and can thus affect other smooth muscles. This explains some of the symptoms that often go along with dysmenorrhea – headaches, dizziness, diarrhoea and nausea.

What medication helps to relieve dysmenorrhea? Excessive prostaglandins in the lining of the uterus is one of the main causes of dysmenorrhea. Aspirin is a mild prostaglandin inhibitor that helps some women. Ibuprofen is a more effective prostaglandin inhibitor. If you have had an allergic reaction to aspirin, a bad reaction to Motrin, or are under other medication, consult a doctor before taking the medication. Ibuprofen has some gastrointestinal side effects such as indigestion, heartburn, nausea, vomiting and diarrhoea. Most of these can be avoided by eating, or drinking a glass of milk before taking the tablet.

Can dysmenorrhea be relieved without taking medication? There are a number of methods to reduce dysmenorrhea. These include:

What causes amenorrhea? Amenorrhea, which is the absence or suppression of menstruation, has a number of causes. It is also one of the menstrual irregularities of puberty. Amenorrhea can be caused by abnormalities of the female reproductive tract, hormonal problems, or genetic disorders. It is further associated with stress, severe dieting and eating disorders such as anorexia nervosa, depression, drugs such as tranquillisers and antidepressants, obesity, increased levels of exercise, chronic illness such as kidney failure or colitis, and, of course, with pregnancy.

Women athletes, who have little body fat, may also experience amenorrhea. Rarely, cysts or tumours in the ovary may cause amenorrhea. Periods occasionally take some time (not usually longer than 3 months) to occur after a woman discontinues using birth control pills.

How is amenorrhea treated? The way amenorrhea is treated depends on its cause. If amenorrhea is caused by obesity, an exercise programme may restore the periods. If stress is the cause, stress management has to be employed in the treatment of amenorrhea. If there is excessive physical exercise, it will have to be reduced to restore menstruation. If there is hormonal imbalance, progesterone for 7 to 14 days every one or two months may correct the condition. Surgical treatment may be necessary for the removal of tumours or cysts from the ovaries or uterus.

Things you should do if you have amenorrhea:

Things you can do to help prevent amenorrhea: Follow a healthy and balanced lifestyle by:

When is menstrual bleeding classified as menorrhagia? When the menstrual cycle remains the same but the quantity and duration of blood loss during periods increases, it is called menorrhagia. In menorrhagia, there is heavier bleeding for a period of 7 to 10 days. It is a symptom of some other condition and not a disease by itself.

What causes menorrhagia? There are a number of causes of menorrhagia. Some of these are:

You should consult a gynaecologist for the diagnosis and treatment of menorrhagia.

What causes metrorrhagia? The cause of metrorrhagia is always local, in the pelvis.It could be because of carcinoma of the cervix and uterine body, sub-mucous fibroids, uterine polyps, vascular erosions, or growths in the vagina or vulva. You should consult a gynaecologist for the diagnosis and treatment of metrorrhagia.

No Comments on "Menstruation"